The study of energy is physics. So when you tell someone to quit being a lazybones and get their rump over here to help you, you are a master of physics or a taskmaster or motivator or nag. That's a stretch for sure.

There are Seven basic forms of energy. You may see a list with different numbers. It has to do with
classification. Some scientists differentiate a form of energy into two subsets or consolidate two together.  Study energy or physics more in depth, the forms of energy separate into more categories.

Mechanical energy is energy in motion. An example would be a waterfall. Turbines are turned in flowing water to produce electrical energy. Energy can be changed from one form to another. Turbines are used at hydro-electric plants to create electricity.

Sometimes Sound is considered sonic energy. But sound is mechanical energy. Sound is the result of vibrations through matter. The moon has so many moonquakes, it should ring like a bell. But it does not. The moon does not have an atmosphere and there is no matter for the sound energy to vibrate within.

You can feel the vibration of a loud sound.

Heat Energy is the motion between particles, The more heat, the faster the molecules move. Rub your hands together and feel the heat of friction.

Nuclear energy is the result of splitting atoms, fusing atoms, or the natural decay of radioactive isotopes. Currently, we use the splitting of heavy radioactive atoms of nuclear fission to produce energy. Nuclear fusion would be best. However, we are unable to create a container or storage mechanism that can contain the energy of the reaction.

Chemical energy is the result of the breaking of chemical bonds between atoms. This sounds really complicated. But this is how energy is produced by a campfire, the burning of gasoline in a car engine, or the breakdown of glucose in your cells. Food, gasoline, firewood are all examples of potential energy. When you have a fire, metabolism of glucose, or a car engine running, you have the kinetic phase.
95 percent of the energy of an automobile is lost as heat due to friction. Only 5 percent is actually used to make the car move. If we wanted to reduce our dependence on fossil fuel, creating a more fuel efficient auto would be key.

Electromagnetic energy is better known as light. The small visible spectrum of light we know as the rainbow, and invisible light such as infrared and ultraviolet. Infrared light has many forms such as radio waves, microwaves. X-rays, gamma rays and cosmic rays are types of ultraviolet light. Unfortunately if you were exposed to gamma rays, you would not change like the incredible hulk but be dead immediately. This sort of energy can travel through empty space.

Light is made up of particles called photons. When tested photons can be matter or energy. However, scientist have never had photons be matter and energy at the same time. So much for all of us to learn.

Gravitational energy is the attraction of two bodies in space.

Ionization energy is the attraction of the negatively charged electron to the positively charged nucleus of an atom.
Posted by Ann Bennett at 6:05 PM 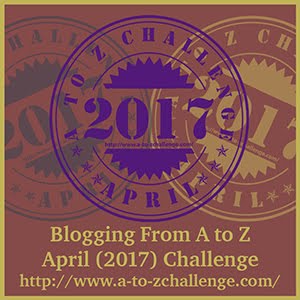